By Chris Mellen and Christopher Crawford

Back in December, we released our Red Sox top ten list, a system we rated as the sixth best in all of baseball. With the advent of the new local sites, we’ve decided to extend out some of these lists by a few extra names, giving you a fuller idea of what is in the system. There’s certainly a lot of front-loaded talent with the Red Sox, but looking at names 11-15, you can see that there’s plenty of depth within this system as well. 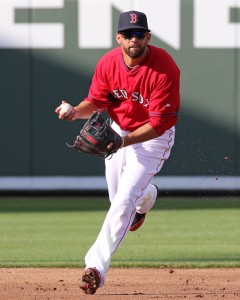 Deven Marrero has a chance to be an everyday player.

Even when Marrero was at Arizona State, consistency has not been the shortstop’s friend, as the former Sun Devil infielder’s struggles as a junior saw him go from a potential top five selection to the 24th pick of the 2012 draft. After two less-than-spectacular seasons in the system, Marrero appeared to figure some things out in 2014, and could be Boston’s – or another club’s – shortstop of the future.

Marrero will never be an offensive stalwart, but made some changes in both his swing-path and approach to give him a chance for a fringe-average hit tool. He’s an assertive hitter who won’t ever pile up the walk totals, but doesn’t end at bats by swinging at pitches out of the zone. His above-average bat speed and strong wrists allow him to put the ball into the gap with the occasional homer to the pull-side, though the swing path and slight build make big power totals unrealistic.

While Marrero is limited offensively, he shines with the glove. He’s only a solid-average runner, but his instincts in the field are outstanding, and his excellent hands and plus arm strength allow him to make the difficult look routine. The lack of offensive upside means he’ll hit at the bottom of the order, but because he’s so good with the glove, I would expect Marrero to become an everyday regular soon, likely in the summer of 2016. – Christopher Crawford

Escobar was the “other” left-handed starter the Red Sox acquired at the 2014 deadline, and while he doesn’t have the same upside of Eduardo Rodriguez, he does have a chance to be a quality member of a pitching staff.

When Escobar is at his best, he’ll sit 90-92 mph with his fastball from a three-quarter arm slot, and the pitch plays up because there’s considerable life to the offering. His best off-speed pitch is a change that doesn’t have a ton of movement, but does offer deception from his arm speed to keep right-handed hitters off-balance. At times the breaking-ball has looked like a solid third offering, but too often he struggles to finish the pitch and it doesn’t offer the depth or bite to be more than an average offering at this point.

In addition to the lack of consistency with his slider, Escobar has a couple other issues that could prevent him from being a starter at the big league level, mainly his command. His arm angle will give left-handed hitters fits so his floor is solid situational left-handed reliever, but at just 22 year’s old there’s still time for him to become a solid backend member of a starting rotation. – Christopher Crawford 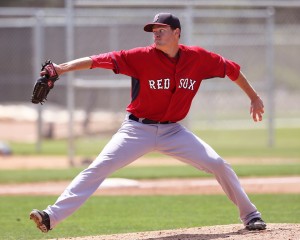 Trey Ball is looking to recover from a rough 2014.

The main theme after the organization drafted Ball in the 1st Round of the 2013 Draft was that this arm was going to be more of a work in progress and slower initial developmental burn due to his relatively rawness on the mound. The reports and returns from the field in 2014 supported these original beliefs, with a clear gap illustrated between the present and future.

Ball’s heater presently sits 89-92 mph, topping out occasionally at 94 to 95 mph, but plays down a tad due to his inconsistent present feel for the placing the offering within the strike zone and need to build more stamina. The pitch finds a lot of bats right now. The 20-year-old does flash strong feel for his changeup. Both the arm speed generated and early feel are good clues this offering can emerge as a plus piece of his arsenal down the line. While the curve is a newer piece of the puzzle for Ball, and will flash tight break, it’s largely inconsistent at the moment and lags behind. With continued repetition the offering can complement both his fastball and change, though it’s going to take consistent dedication from the lefty.

Ball is largely a work in progress at present, but the ingredients are here for a mid-rotation starter to emerge at peak. 2014 saw the prospect take strides in the second half of the season, and continued gains in 2015 can see this lefty push as a top 10 prospect within the system. The strides and traction are likely to be subtle during the early career, especially ironing out the feel for the curve and pushing the fastball command towards average levels, but it’s a talent to keep an eye on within the second tier of this system. –Chris Mellen

The 19-year-old drew strong reviews for his defensive potential in his stateside debut this past season. Guerra is loose and agile at short, with smooth actions, plus range, and a plus arm. The instincts and reads off the bat are also there. The 2012 international signee has the makings of a defender who can impact the game in the field, with the glove alone possibly carrying him all the way up to The Show. Though Guerra isn’t the most fleet of foot, his feel and look at the position at an early age lead many to believe he’s more than capable of sticking at short, with the chance to increase his defensive versatility if need be as well.

The shortstop flashes solid-average bat speed and the ability to keep his hands inside the ball. Presently, the approach does need a lot of toning down for the bat to keep moving, and the 5-foot-11 Panamanian could stand to further fill into the frame to enhance the quality of contact off the bat. The bat is a likely secondary aspect of Guerra’s game, and will need to close a larger gap for this profile to play as an everyday regular at peak. The stick may just end up light. This is a long-lead player who will require offensive marinating for the full picture of his potential role to come into view, but the glove gives him a good shot to develop into a utility type and carry value even if the bat doesn’t get past fringe-average. –Chris Mellen 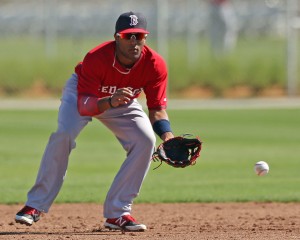 Wendell Rijo should be challenged by his assignment to High-A.

The Dominican second baseman more than held his own as an 18-year-old in the South Atlantic League in 2014, receiving good reports on the progress of the overall game. Despite some moving parts in his pre-pitch setup, Rijo shows plus bat speed and innate bat-to-ball ability, with the hit tool capable of playing solid-average (or possibly more) down the line. There’s a nice look to the ball coming off his bat. The power projects as below average, but he can drive offerings into both gaps, and combined with his plus wheels it can lead to solid extra-base output. The plate discipline and pitch selection are what need the most overall work in the offensive game, and a good developmental push is necessary to keep the bat from stalling at higher levels.

Rijo’s defense is presently on the fringy side, with the 19-year-old occasionally experiencing lapses in the field and needing more focus on his fundamentals. The glove won’t carry this profile, but the framework is there to become an average defender at the keystone. Commitment to the aforementioned needs will be a good sign that this prospect is maturing with his grasp on the overall game. There’s a large gap here, with a placement in High-A likely to lead to uneven results, but the foundation of a regular is in place, and offensive talent for the bat to make some noise if instruction with controlling plate appearances better sticks – Chris Mellen