This is the exact intersection of things I care about. There will be Game of Thrones/A Song of Ice and Fire spoilers. There will be bad photoshops. There will be an extreme abuse of editorial privilege throughout. This is why the internet exists.

One of the central myths in George R.R. Martin’s A Song of Ice and Fire is “The Prince That Was Promised” prophecy, which foretells the second coming of a savior who will defeat The Great Other in battle, just as it occurred thousands of years before modern Game of Thrones time.

Daenerys Targaryen learns of this prophecy in The House of the Undying. Samwell Tarly learns of it while speaking to Maester Aemon Targaryen. Additionally, Melisandre of Ashai speaks often of the prophecy of  Azor Ahai, another legendary warrior that in all likelihood is a variation of The Prince That Was Promised (TPTWP). At times the intrigue surrounding TPTWP prophecy has taken a backseat to the political dramas unfolding in Westeros, but with the events of Hardhome in the TV series adding a sense of urgency to the impending Ice Zombie invasion, it’s clear that TPTWP will come into play quite soon.

To this point, most predictions about TPTWP in ASOIAF have been wrong. Aemon states that Rhaegar Targaryen initially believed he was the prophesied warrior before later becoming convinced it would be his son, Aegon, who would inherit this mantle. Melisandre, of course, incorrectly believes that Stannis Baratheon is Azor Ahai reborn, despite subtle clues in the books (his sword is not magic) and less subtle clues in the show (he’s dead) that this isn’t true.

Fan theories would have us believe that Jon Snow, Daenerys or some combination therewithin is TPTWP. Frankly, this is probably true, especially if R+L=J (and, c’mon, it does). But I would like to posit a different theory, one that I have not yet seen on the ASOIAF subreddit, on Westeros.org or anywhere else.

Let us consider the central elements of TPTWP legacy and what it entails.

TPTWP MUST BE A FIGHTER

“‘I will require a sword and armor. It seems I must be a warrior.” – Rhaegar Targaryen to Ser Willem Darry, per Barristan Selmy’s recollection

This one is pretty simple. If TPTWP is going to defeat the Great Other in battle, he needs to be a fierce warrior. If only we had some clue that Xander could handle his own on the battlefield …

“In this dread hour a warrior shall draw from the fire a burning sword. And that sword shall be Lightbringer, the Red Sword of Heroes, and he who clasps it shall be Azor Ahai come again, and the darkness shall flee before him.” – Melisandre, to Davos Seaworth

According to legend, the original Azor Ahai made use of a flaming weapon of destruction that gained magical powers after he thrust it into the heart of his wife, Nissa Nissa. While Melisandre uses tricks to make Stannis’ weapon appear to be on fire (we see Thoros of Myr perform similar magic), it’s abundantly clear that his sword is nothing special. 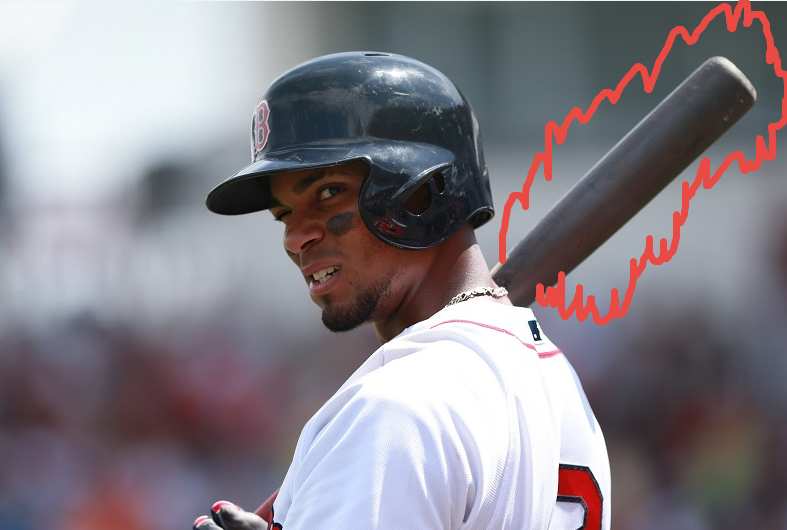 Xander has been swinging a flaming weapon for 14 months now, ever since he pulled it from the flaming wreckage of Stephen Drew’s career. Another box checked off …

TPTWP COMES AFTER A BLEEDING STAR

“Born amidst salt and smoke, beneath a bleeding star. I know the prophecy.” – Marwyn, to Samwell Tarly

This is the deal-breaker, right? WRONG. Prophecies can be difficult to interpret, but there are two obvious signs that Xander is gaining his powers at the right time.

How’s this for a red, bleeding star? 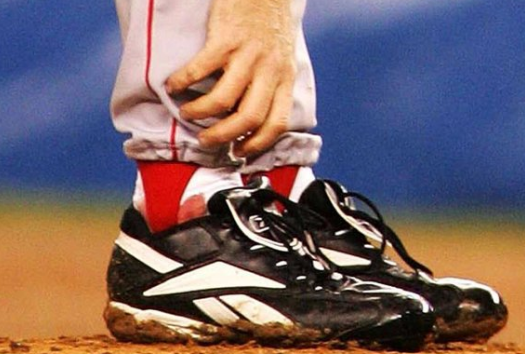 No? How’s this for something a little more recent?

It’s all happening, you guys.

THE DRAGON HAS THREE HEADS

There is one alternate theory regarding TPTWP that Maester Aemon communicates to Sam shortly before his death. In A Feast For Crows Chapter 35, Aemon, speaking about Daenerys, says:

“The dragon must have three heads … but I am too old to be one of them. I should be with her, showing her the way, but my body has betrayed me.”

Could it be, then, that TPTWP/Azor Ahai is actually three people who will combine forces to bring the world into the light once more?

The dragon must have three heads. pic.twitter.com/dUiTnhw5Ve

Tags: Azor Ahai, Editorial Abuse, The Prince That Was Promised, Xander Bogaerts |
Ben Carsley
Follow @@BenCarsley
Ben Carsley is the managing editor of BP Boston, a senior author of the BP Fantasy Team and the host of the TINO podcast.
read more from Ben Carsley