There was a time back before the dawn of man when the Red Sox had two legitimate catching prospects. If you are extremely old you might remember this time. It was three years ago. This bounty was such an issue that there were debates over how to proceed. Should they deal Blake Swihart for a number one starter? Would it be a waste to use Christian Vazquez as a backup? Should Swihart learn first base so he can play on days when Vazquez catches? Those seem like silly, trite questions now. Swihart has battled injuries and ineffectiveness both behind the plate and at it. Vazquez, until recently, had only showed enough to warrant being the short half of a platoon. His defense, led by an otherworldly throwing arm, had not been nearly as effective post-Tommy John surgery, and his at-bats remained so worthless and dull that, to paraphrase Ben Carsley, they doubled as Peter King stories*. But then, right before the trade deadline, things changed.

Before the deadline Vazquez was hitting .251/.291/.330 in 59 games (203 plate appearances). In the 19 games (66 plate appearances) since, he’s batting .426/.470/.672. Nobody is arguing Christian Vazquez is a true-talent .426 hitter or even a true-talent .326 hitter. Yes, his BABIP during that stretch is about a billion, but even so that’s quite a slash line for a guy who through parts of three seasons was a non-entity at the plate. And while we often use BABIP as a synonym for luck, it’s really a combination of luck and quality at-bats. Players run high BABIPs because hits fall in for them, but also because they are hitting the ball hard, barreling it up, hitting for line drives and high exit velocity. That isn’t luck, it’s skill.

So the real question is not, “is Christian Vazquez an MVP candidate?”, it’s “how much of this is a repeatable skill?”

For example, nobody was making an argument that Aaron Judge was getting lucky over the first few months of this season when he was an MVP candidate. Now that he’s fallen off significantly (thank Jehovah), the reason isn’t that all the weak pop-ups and infield grounders are no longer going for hits. It’s because he isn’t hitting the ball as well as he was before. The quality of his plate appearances has decreased significantly. The inverse is true of Vazquez (though over a much smaller sample). Vazquez is making better contact, striking out less, and even walking a bit. So the real question is not, “is Christian Vazquez an MVP candidate?”, it’s “how much of this is a repeatable skill?”

The short answer is some of it. Okay, so how much? We can start at the beginning. Vazquez is both young and old. He turned 27 years old 11 days ago, so he hardly counts as a prospect anymore. Still he’s only got 190 games played at the major league level, mostly owning to the fact that he missed all of the 2015 season recovering from Tommy John surgery. Upon returning last year, didn’t hit or play particularly defense well enough to offset that and as such, spent almost half the 2016 season with Triple-A Pawtucket. Part of that could be attributed to recovering from the surgery, but then Vazquez had never been a particularly strong hitter before. In parts of eight minor league seasons Vazquez hit .266/.344/.390, perfectly fine for a catcher but certainly nothing to do a jig about. Still, the fact that Vazquez hasn’t had much experience at the major league level means we still don’t know quite as much about him as a player as maybe we think we do.

Still that doesn’t explain the crazy over 1.000 OPS he’s been putting up. I went back to look at his hitting mechanics to see if he’s changed anything. 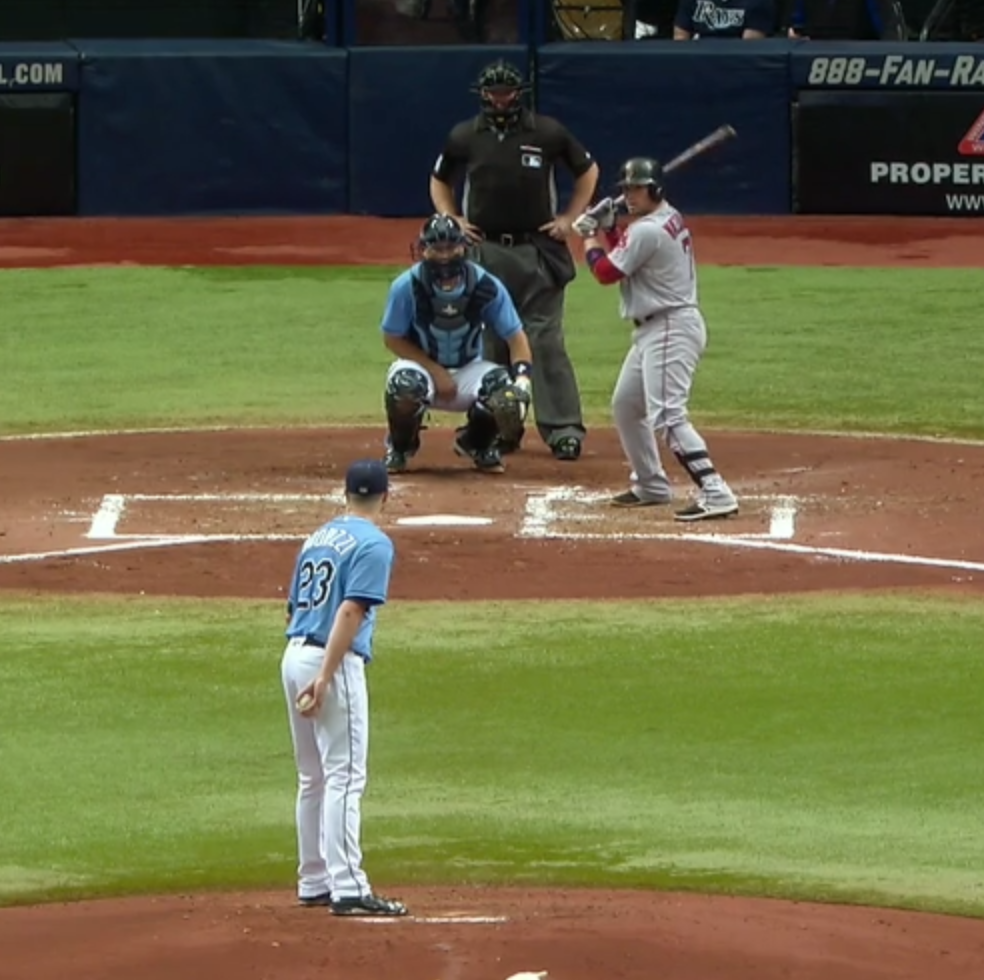 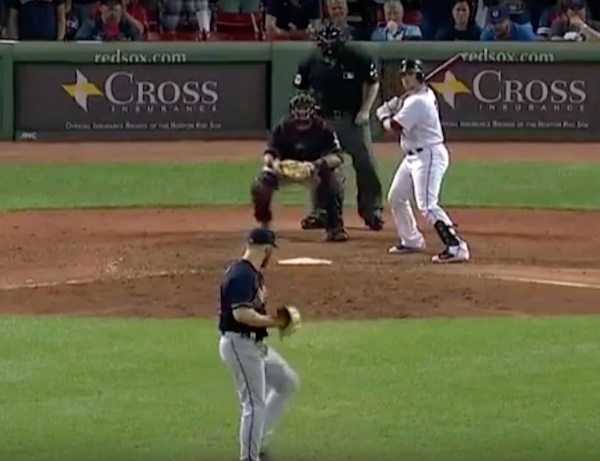 There are differences, but they’re not striking. The 2016 Vazquez holds his bat back a bit higher and seems to rest his weight more on his back leg, while the 2017 Vazquez rests his bat on his shoulder and seems to balance his weight a bit more. But even so both are pretty similar. The similarities are far greater than the differences to be sure.

As to the batted ball data, well, it’s kinda what you’d expect. Vazquez has had a higher BABIP over his hot streak, but he’s also been hitting the ball much harder than he has previously, as I said above. Players don’t tend to run huge BABIPs over long stretches of time, partly because the luck tends to even out and party because hitting that well for that long a period of time is incredibly difficult to do (see: Judge, Aaron), but Vazquez is doing his part to earn his high BABIP. He’s also doing the things you’d expect of a player on a hot streak: hitting lots of line drives, pulling the ball more than he typically does, and walking more while striking out less. The end result is a slash line that wouldn’t be out of place on Ted Williams’ resume.

But I still haven’t answered the real question here, and that’s because the real question is likely unanswerable. How good is Christian Vazquez? His bat is playing in a huge way now, but almost nobody is this good long term. Players have hot and cold streaks, and good players have hotter hot streaks and hotter cold streaks. Vazquez is having the first but we haven’t seen the second as of yet. He’ll cool off in time and that’s the true test of a great (or even good) hitter. Unless you’re Aaron Judge and pack a full MVP’s-worth of value into a half season, how your final line looks is dependent on not stinking it up for a month or two at a time.

Perhaps, for the Red Sox, the most important point is this: which catcher will play in the playoffs? For a team with few standout offensive performers this season, a well-timed hot streak by Vazquez would provide far more value in October than two months of hot offensive work in April and May followed by an ice age for the rest of the season. But even if Vazquez’s bat fails to show in the playoffs, the fact that his arm has returned to form and the value he provides from behind the plate is close to tops of the league has to provide the team some solace. After all, it was the defense that was supposed to be the carrying tool all along. Still, while it would be fun to end this on a grand pronouncement, Vazquez’s hot streak isn’t enough to tell us much beyond the streak itself isn’t wholly lucky. What he does with his bat after this ends is what will tell the story.