The 2015 Red Sox weren’t expected to be a flawless team, but on paper they looked likely to have just enough strengths to stay afloat in a middling AL East.

Ben Cherington built a squad loaded with offensive talent, and in no area did Boston look more primed for success than the outfield. Indeed, a common concern for Red Sox fans this spring was how John Farrell would manage to juggle playing time for all of the club’s outfielders.

Of course, the days when Red Sox fans worried about having too many good outfielders are now buried deep in a past that looks remarkably innocent in comparison with the increasingly dismal present. The 2015 Red Sox have very few strengths, and the outfield certainly isn’t one of them.

After Boston suffered through woeful production from its outfielders in 2014, the addition of Ramirez, full seasons from Betts and Castillo, and contributions from a deep bench were supposed to correct those failings. Through Tuesday, however, Boston’s outfield production ranks among the worst of any squad in MLB.

The days when Red Sox fans worried about having too many good outfielders are now buried deep in a past that looks remarkably innocent in comparison with the increasingly dismal present.

Red Sox outfielders are batting .242/.313/.365 so far this season, and their collective wRC+ of 88 places them 25th in baseball. From an offensive standpoint, every team’s outfielders, save for the Twins and White Sox, have outperformed Boston’s in the American League.

The struggles begin with Hanley Ramirez, who has cooled off considerably at the plate after a hot April. Since the beginning of May, Ramirez has just eight extra-base hits, and his on-base percentage sits at .308 during that time span.

Even before these offensive scuffles, Ramirez was costing the Red Sox considerably on defense. The storyline is well known at this point, but it’s worth repeating that the 31-year-old has been the worst defender in baseball and, as a result, one of the least valuable players in MLB.

While Betts has transitioned well to playing center field, his output with the bat hasn’t been nearly as consistent. The 22-year-old is going through many of the same issues that plagued Xander Bogaerts in his first full campaign at the big league level. The future remains as bright for Betts as it appeared this spring, but that hasn’t helped the Red Sox any in 2015.

Yet even beyond Betts and Ramirez, Boston’s outfield depth has been virtually nonexistent. Holt has continued to play better than anyone could have expected, though he’s had to fill in at any number of positions with just about everyone on the team underperforming. And that’s really what has plagued the Red Sox this season.

The solid group of role players that Cherington assembled has hardly provided any depth. Victorino has played just 20 games and based solely on his impact, it feels like a lot less than that. Barring a sudden improvement in health, his days as an everyday player appear to be over.

Castillo, meanwhile, hasn’t done anything to support the widespread clamoring from fans that he make Boston’s Opening Day roster. The Cuban native has an OPS+ of 56 through 68 plate appearances, even if injuries and inconsistent playing time are partially to blame.

Of course, Craig and Nava entered 2015 with consistent major league track records, and neither performed up to par. An All-Star just two seasons ago, Craig is now plying his trade in Pawtucket, which just about sums up how things have gone for the Red Sox. 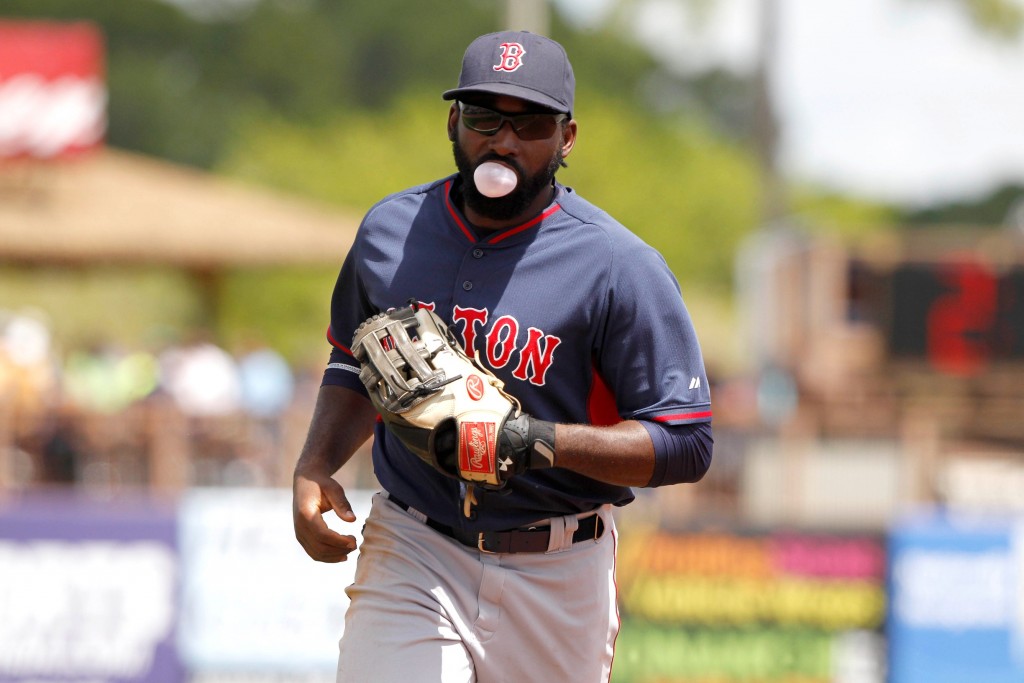 What makes these widespread struggles even more frustrating is how well Bradley has performed in Triple-A this year. The 25-year-old has been one of the best hitters in the minor leagues after making some mechanical changes. While that doesn’t guarantee success in the majors (especially after his poor campaign in 2014), Bradley couldn’t have performed much worse than many of Boston’s other outfielders.

None of the club’s outfield problems come with an obvious fix, though assuming they continue to fall out of the playoff race, the Red Sox would be smart to give Bradley opportunities to see if he’s indeed made some strides at the plate. Castillo, too, needs more playing time, especially for a player scheduled to earn over $45 million through 2019.

The biggest problem for Boston remains a lopsided roster that doesn’t fit well together. That the team’s glut of outfielders has underperformed only makes these roster issues more glaring.

There aren’t any easy solutions for the Red Sox both in the present and the future. Beyond this season, it’s hard to imagine Cherington continuing to stand pat with such a crowded outfield when the rest of the squad needs to be upgraded.

For now, Cherington will just have to wait and hope the outfield, like the rest of the roster, starts producing as expected.